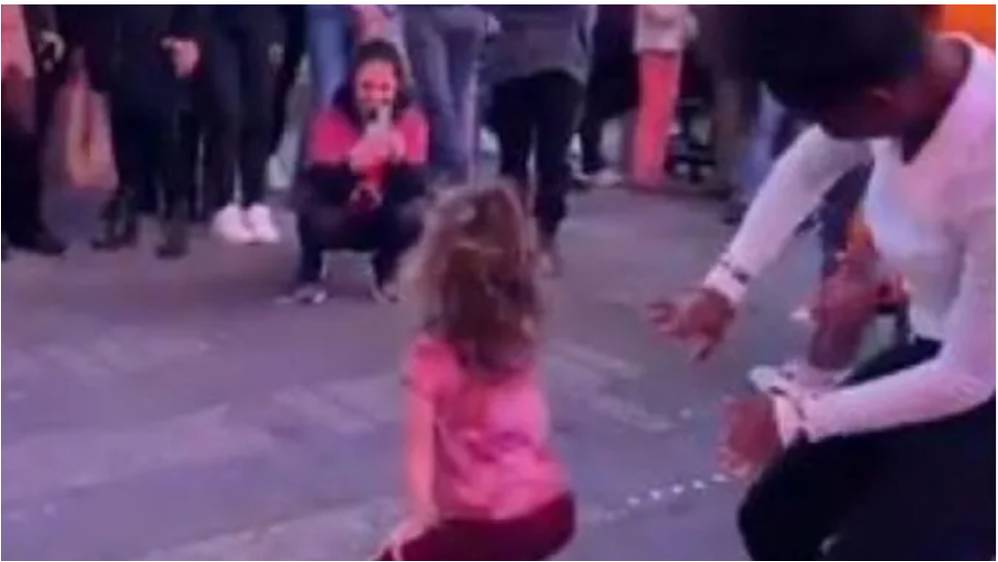 A disturbing TikTok video shows a 5-year-old girl literally twerking on the streets of New York City as a crowd of perverts cheer and applaud the sexually provocative dance.

“We all need this confidence in life,” says a caption accompanying the clip, which shows the young girl performing the dance routine as one black woman enthusiastically goes through the motions of slapping her butt.

Another excited African-American woman then joins in by performing a sexually charged dance alongside the toddler.

Another woman excitedly captures the performance on her cellphone.

Summit.news reports: “Elect me president and my one pledge is that I will have every adult involved with this kind of shit arrested. I have no other plans. Just that,” tweeted Matt Walsh.

It seems like there’s no coincidence that this disgusting filth emerged during pride month.

A similar clip from 2019 showed a young boy twerking during a pride parade while being similarly celebrated by attendees.

As we highlighted back in April, another video showed two young girls being paraded around during a late night drag queen show in L.A. as they are encouraged to take cash tips from members of the crowd.

Over the last week, a debate emerged within the LGBT community via Twitter as to whether gay pride parades should be made PG or whether children should not be allowed anywhere near them.

They don’t appear to have come to a conclusion.