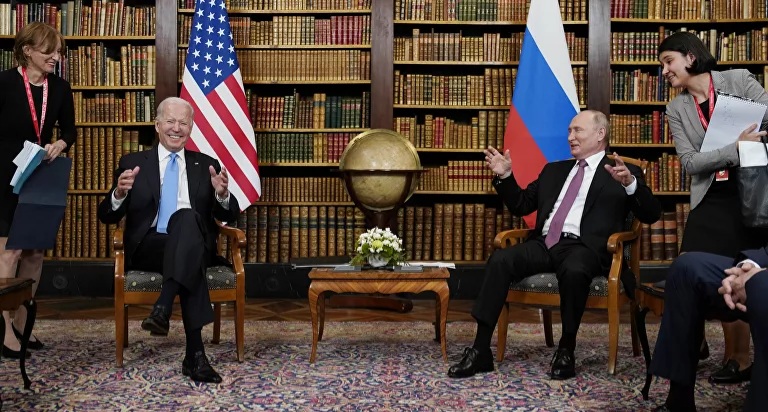 The presidents of Russia and America, Vladimir Putin and Joseph Biden, managed to meet briefly at the beginning of the meeting in Geneva.

At the moment when journalists and cameramen were asked to leave the room where the meeting was being held, Putin said something to Biden with a smile, after which they both laughed.

Joseph Biden and Vladimir Putin met in Geneva at Villa La Grange, and this is their first official meeting as two presidents.

After that, the parties will organize a press conference, each for its president, and the summit will end there.