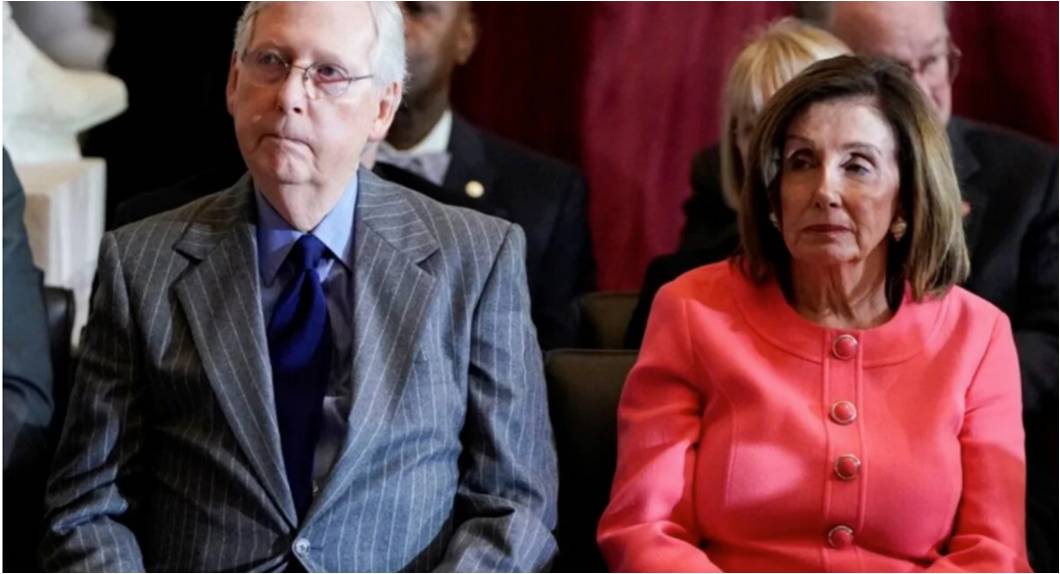 We ARE two nations living under one flag, and our enemy ain’t at the gate; they are already inside our city walls.

We have been a one-party country for a long time. We, conservatives did not know it.

The GOP branch of the uniparty controlled who was our candidate, always a RINO. Now because of Pres. Trump, they have decided just officially to become a dictatorship.

The Deep State crossed its Rubicon with this election. They are at war with us and intend to destroy us at all costs. We just have not recognized it yet. With the fraud election, they turned the government into an open dictatorship and will use it to make their chains on us clear enough to silence us.

The Republican Party, like the Whigs of 1853-54, will dissolve by circumstance due to abject stupidity and hollow leadership. As with the Whigs dissolution and the outcome later – civil war, so too with the worthless, lying, hypocritical, weak Republicans who are proven garbage.

It’s really not that hard. It is a fight against Communism and always has been. Joe McCarthy was demonized for calling out how Communism has infiltrated our government, media, and academia. How right he was! Perhaps the new conservative party should be called the McCarthy Party in his honor.

God forbid a Biden Inauguration comes to pass. The appropriate place for Biden’s swearing-in is in his Delaware basement, while the geese are pooping and squawking in his backyard. On that day, my American flag will be raised in distress.

One thing we all know, at least those of us who have been paying attention–is that the entire establishment was in on the election theft. And if they were not direct or active parties to it, they encouraged or supported it. And that includes a substantial number of Republicans–both at the state and national level.

Such massive coordination and unanimity require Pres. Trump to go directly to the people to get them the evidence and information being withheld, censored, and suppressed by the Enemdia and Big Tech.

If Trump is to survive and save his presidency and this country, he MUST take direct action to reveal all that the Trump team has uncovered to We the People. To do that, Trump would probably have to invoke both the Insurrection Act and his Executive Orders.

The federal government has the means to control the internet and lockout corporate media in a crisis. Well, it’s crisis time! And I’m convinced once the American public understands what happened in this election, how it was stolen, and who was behind it, then Trump can take action to save his presidency without worrying about being impeached.

That said, I still believe that ultimately, only direct action by We the People will save us.

Despots and tyrants never voluntarily give up their control or power and Dems will never allow anyone to beat them fairly. Look at the 81,000,000 votes.

The left couldn’t care less about another civil war occurring and, more importantly, the left believes they would be victorious should such a war breakout. We, constitution loving patriots, need to accept this reality and stop sugar-coating our nation’s current state.

Looking back over the past four years to see all that has happened, i.e., the phony Russia collusion coup conspiracy; the fraudulent FISA court warrants to unmask U.S. citizens; the appointment of dirty cop Robert Mueller and his team of partisan Hillary Clinton supporting hack lawyers that after two years and tens of millions of taxpayers’ money found nothing.

We saw mountains of evidence to indict and prosecute rogue federal employees and corrupt politicians without the first indictment or arrest to have been carried out; the Democrats partisan impeachment sham over a congratulatory phone call to the Ukraine whose transcript and audio was released to show no crime predicate. Let’s not forget a Communist Chinese bioweapon “sneak attack” that crippled the world’s economies and lives immeasurably and made an excuse to usher in the dangerous vote-by-mail, thus setting the stage for a “steal the vote” campaign. Now a corrupt and fraudulent national election in another coup attempt. There is no way that this was not all planned, organized, choreographed, and conducted without malice aforethought.

We ARE two nations living under one flag, and our enemy ain’t at the gate; they are already inside our city walls. We don’t have to guess what they intend to do to us and our freedoms as they have been in our faces shouting it out in plain English.

We are already at DEFCON-1, and blood has already been spilled in many of our large cities, mostly ours. We need to answer the real question: how much more do we take before we respond in kind. The left is prepared to go all the way. Are we?