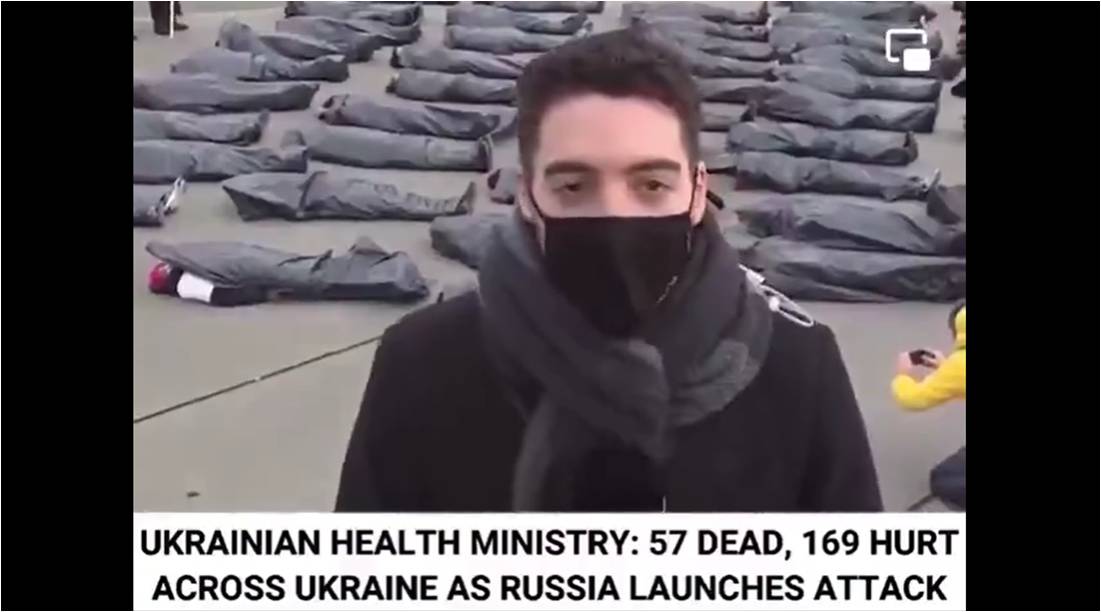 Apparently no one told the actor in the body bag that fake news was going live.

Since Russia began its invasion of Ukraine on Feb. 24, the Russian government has been accused of using its state-controlled media to spread pro-war propaganda. The Associated Press has reported big tech platforms like Facebook, YouTube and TikTok have made moves to block Russia’s RT and Sputnik accounts.

Some social media users are also accusing the Ukrainian government of spreading its own propaganda. A video circulating online claims to show one such failed attempt. In the video, a news reporter is talking in front of a number of body bags when one of them begins to move.

One tweet said: “‘Miracle! Death Ukrainians coming to life after dying on social media but caught on live camera. This entire PR disaster is falling apart very fast.’” The video posted along with the tweet had more than 129,000 views.