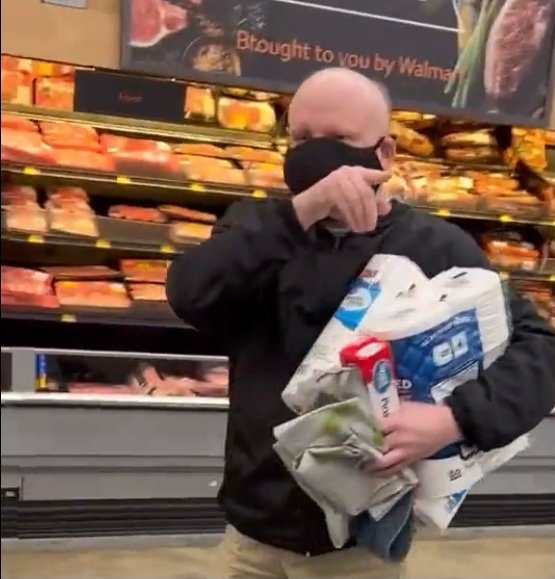 In Oregon, a father was shopping with his teenage daughter inside a Wal-Mart.

The father spotted a masked man taking pictures of his daughter and confronted him with his camera filming the creepy gentleman.

When asked why he was taking pictures of the teenage girl, the man screeches, “so I can stay alive.”

His excuse for snapping pictures of the girl was due to her not wearing a mask.

Three things stand out from the video:

After the exchange, Wal-Mart staff informed the man he wasn’t welcome back in the store.

He fled the store dodging anyone that dared come within six feet of him.

The comments referenced all three points I made above:

Mr. Medina referenced that Twitter blue checkmarks will likely go insane when they find out the father behind the video.

Regardless of the father in this video, parents everywhere must be on guard from creeps like this gentleman inside Wal-Mart.

Whether it was sincerely due to walking maskless inside a store or for a more sickening reason, this behavior can’t be tolerated.