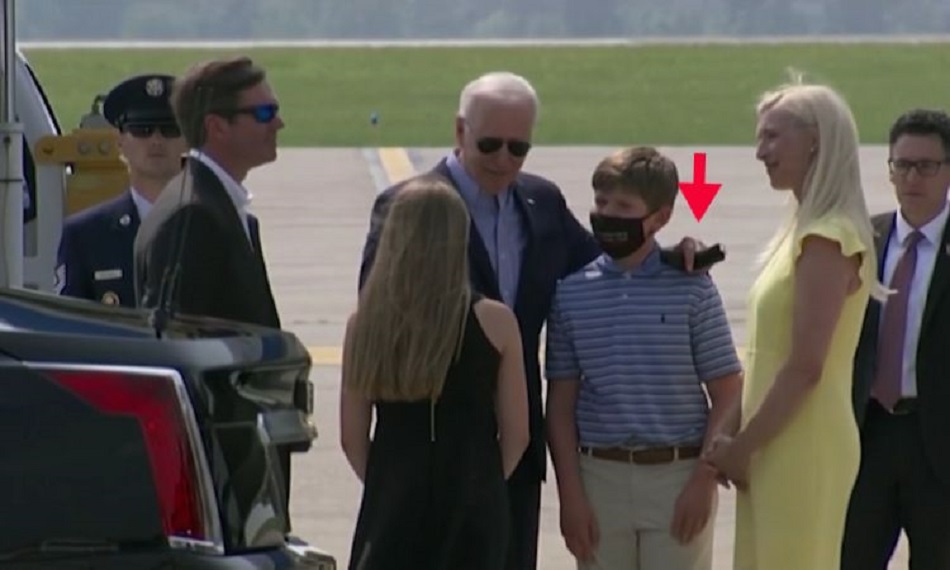 Photos and video from last week show the first family of Kentucky chatting it up with the Commander-in-Chief Wednesday at the Cincinnati/Northern Kentucky International Airport. Beshear was accompanied by first lady Britainy Beshear and their two children.

Beshear greeted Biden as soon as the president walked down Air Force One. While there is no sound of them talking on the tarmac, the video shows the group talking, smiling, and laughing next to one of the president’s vehicles.

The mainstream media reported that this was supposed to be a routine talk between the POTUS and the Kentucky Governor, but a close-up video caught something disgusting.

Notice the soft touch that had the boy open his hand to Joe.

Beshear’s children got to meet and talk with the president who also provided them a tour of Air Force One, the governor’s office said.

If I were his mother I would file charges against the creep for touching my child. If a stranger in Walmart did the same thing, I’m sure she would.