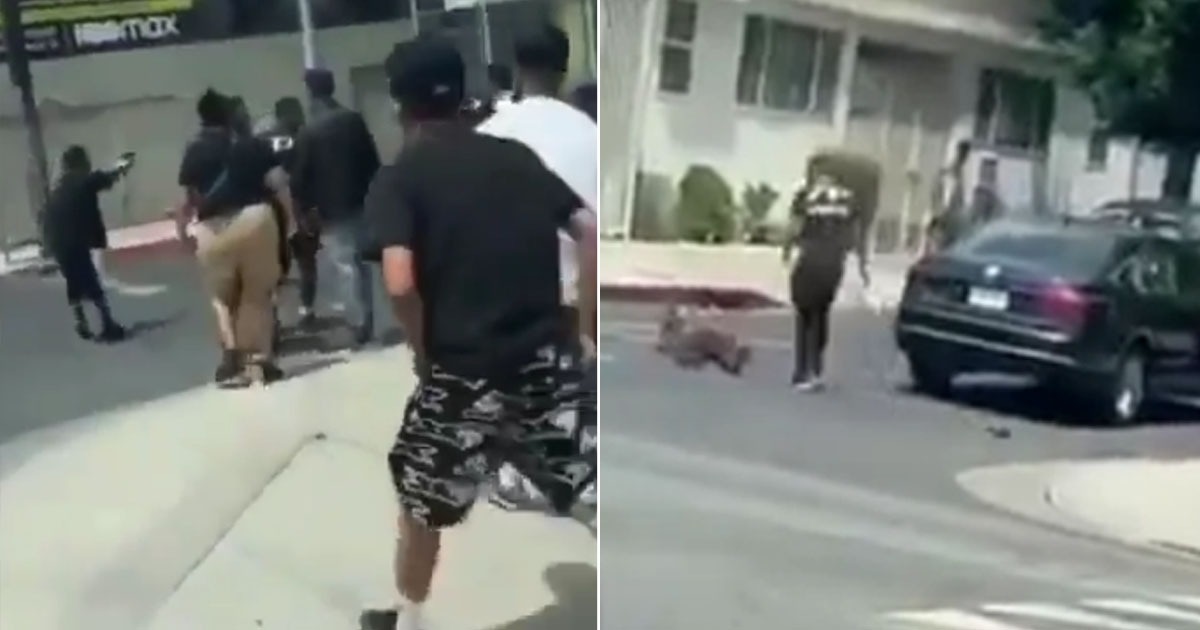 Store employee was reportedly killed after an argument over a store raffle for free Nike basketball sneakers, valued at $110.

Video footage from Los Angeles, California shows a man who worked for a local shoe store being shot to death on a busy street corner in front of at least two dozen witnesses. The shooter then casually strolls away among the crowd while onlookers videotape the incident and yell “Oh my god.”

The video was posted to Twitter by the Libs of Tik Tok Twitter account, which captioned the post, “Graphic Footage: An employee at a Los Angeles shoe store was fatally shot in broad daylight over a pair of sneakers. This is Newsom’s California.” Another angle of the incident was posted shortly after.

ABC7 News reports, “A sign in the store window indicates the raffle was for a pair of Nike Dunk Low sneakers in Black Multi Camo color scheme,” adding “Nike is expected to release the sneaker to the public on Aug. 18, for a retail price of $110, though some online sellers are already listing it for $150.”

The shooting reportedly stemmed from an argument between store employees and prospective customers about how the raffle for the free Nike sneakers was being conducted, and the victim was an employee who had tried to intervene and de-escalate an increasingly heated argument outside the store shortly before arriving for his shift.

Crime rates first started drastically spiking in the United States during the violent George Floyd riots that ravaged cities across the country in the summer of 2020. Under Democrat President Joe Biden, the rate of violent crime has continued to rise, fueled by what many regime critics point to as as a preoccupation with investigating “white supremacists” instead of violent criminals.