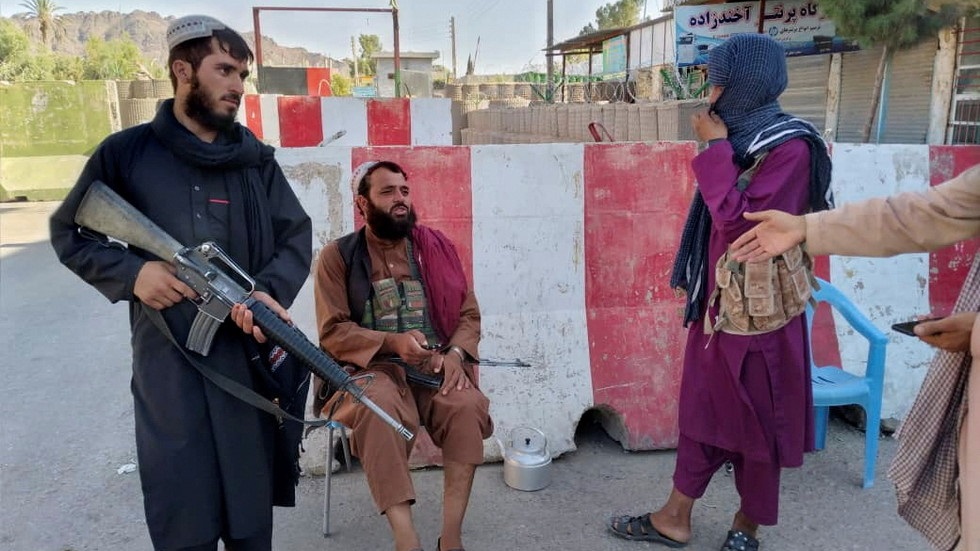 White House press secretary Jen Psaki said the Taliban must consider its “role in the international community” as the US hopes to negotiate peace amid a rapid military blitz. Her comments were slammed as out of touch by critics.

Asked about whether the Taliban has any interest in reaching a peaceful resolution as a top US envoy is set to meet with the group for talks, Psaki struck a diplomatic tone, advising the militants to think about what role they want to play on the world stage and suggesting international agencies could penalize the group for bad behavior.

“The Taliban also has to make an assessment about what they want their role to be in the international community,” she said, adding that international orgs would “watch closely how the Taliban behaves” and have a “range of tools in their arsenal as well to take steps should they choose.”

Psaki’s comments come less than a day after Washington dispatched Afghanistan envoy Zalmay Khalilzad to meet with Taliban leaders in Qatar, where he will demand the group halt its ongoing offensive and discuss ways to reach a “political settlement” in the war torn nation.

In less than a week, nine provincial capitals have fallen under a massive wave of Taliban attacks, with the group poised to capture additional cities in the coming days as it advances on other regional centers, now holding around 60% of the country.

The press secretary’s remark about the Taliban’s ‘role’ in the world did not go over well with detractors, with many conservatives deeming it out of touch, arguing the armed Islamist group has little interest in its image among Western diplomats and NGOs.

“They want the role of Rulers of Afghanistan, for starters,” one critic said.

The Afghan government has also voiced deep skepticism in the prospect for negotiations as the Taliban gains ground, with a spokesman for President Ashraf Ghani telling Bloomberg on Monday that the group is only interested in “trying to grab power by force” and that its leaders “don’t believe in peace talks.” Ghani himself also insisted last month that the Taliban has “no will for peace,” and instead “[wants] our surrender.”

The Joe Biden administration has previously suggested that the Taliban does, in fact, seek international legitimacy. In discussing Biden’s strategy during an interview with ABC in April, Secretary of State Antony Blinken said the Taliban must participate in a political process “if it wants to be internationally recognized, if it doesn’t want to be a pariah” – a position echoed this week by another department spokesperson ahead of Khalilzad’s meetings with the group.

Asked about whether the Taliban fears becoming a ‘pariah,’ spokesman Zabihullah Mujahid told Axios “We have never yielded to any foreign pressure tactics before and we do not plan to capitulate any time soon either.”

Earlier on Wednesday, an unnamed Pentagon official told Reuters that Taliban fighters could “isolate” the nation’s capital, Kabul in a few weeks’ time and capture the city in just 90 days, pointing to the group’s recent successes. Psaki was dismissive of the report, however, saying the White House does not “rely on anonymous assessments” while reiterating Biden’s previous call for Afghan leaders to unite to defend their country as the US completes its withdrawal.

“We are closely watching the deteriorating security conditions in parts of the country, but no particular outcome, in our view, is inevitable,” she said, adding “We will continue to coordinate airstrikes with and in support of Afghan forces.”

As the president made clear, Afghan leaders have to come together, and the future of their country is really on their shoulders.