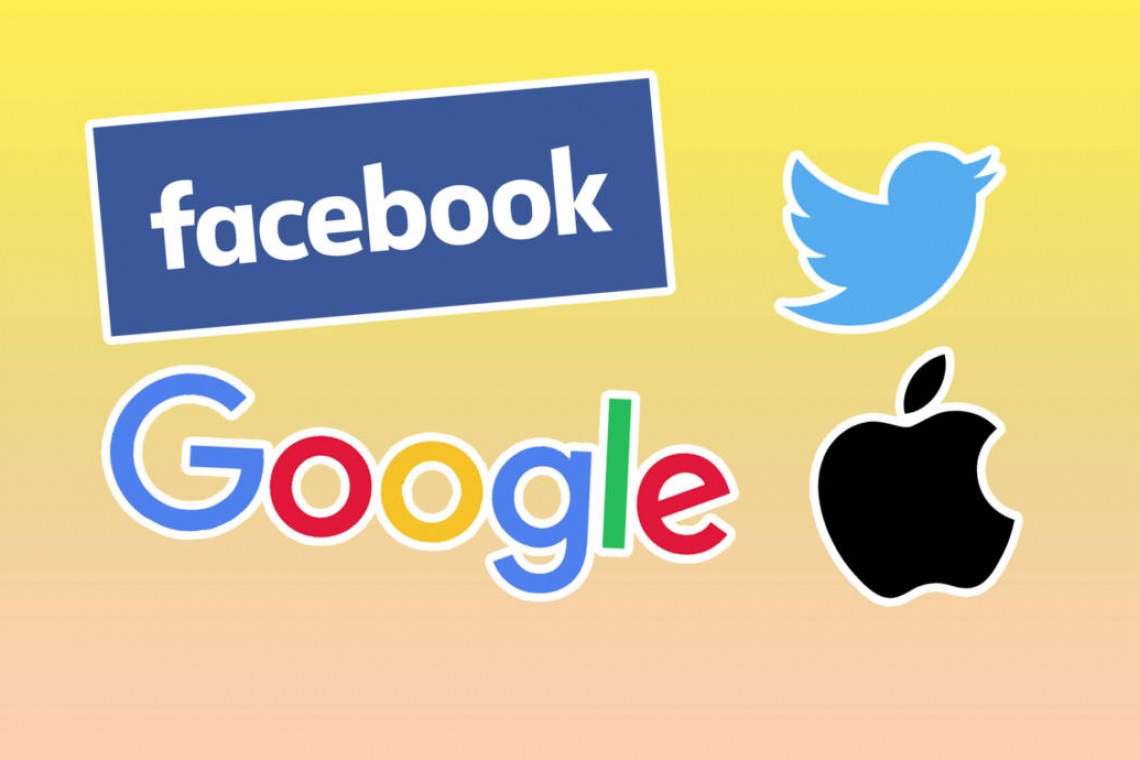 Big tech has launched an unprecedented and coordinated cyber attack on President Donald Trump and his 74,000,000 voters.

As this was happening — the GOP was dead silent.

On Friday, Twitter permanently banned hundreds, if not thousands, of Trump supporters and prominent allies — before banning the president himself.  The President issued a statement about this:

Nearly every account that helped to promote the “Stop the Steal” rallies or challenge the election results were banned, including Ali Alexander, Michael Coudrey, Gen. Mike Flynn, Sidney Powell, and Lin Wood.

Late last night, they also banned Rush Limbaugh! This morning we find that Rudy Giuliani has been shut down from Youtube as well.

Countless smaller accounts that supported the president were also getting suspended in a seemingly constant rate.

Mark Zuckerberg, a guy whose eyes appear to many folks to be dead and devoid of a soul, propagandized justification for the outright disrespect of our President by Facebook.

Zuckerberg shockingly claimed the election was somehow legitimate and that it is Trump undermining it!  Zuckerberg is either a propagandist or an idiot.  Here’s what he published:

“The shocking events of the last 24 hours clearly demonstrate that President Donald Trump intends to use his remaining time in office to undermine the peaceful and lawful transition of power to his elected successor, Joe Biden.
His decision to use his platform to condone rather than condemn the actions of his supporters at the Capitol building has rightly disturbed people in the US and around the world. We removed these statements yesterday because we judged that their effect — and likely their intent — would be to provoke further violence.

Following the certification of the election results by Congress, the priority for the whole country must now be to ensure that the remaining 13 days and the days after inauguration pass peacefully and in accordance with established democratic norms.
Over the last several years, we have allowed President Trump to use our platform consistent with our own rules, at times removing content or labeling his posts when they violate our policies. We did this because we believe that the public has a right to the broadest possible access to political speech, even controversial speech. But the current context is now fundamentally different, involving use of our platform to incite violent insurrection against a democratically elected government.

We believe the risks of allowing the President to continue to use our service during this period are simply too great. Therefore, we are extending the block we have placed on his Facebook and Instagram accounts indefinitely and for at least the next two weeks until the peaceful transition of power is complete.”

At the same time, Parler was warned by both the Apple and Google stores that if they did not impose moderation on their free speech platform within 24 hours they would be banned entirely.

“We have received numerous complaints regarding objectionable content in your Parler service, accusations that the Parler app was used to plan, coordinate, and facilitate the illegal activities” at the US Capitol on 6 January, Apple wrote in an email to Parler executives. “The app also appears to continue to be used to plan and facilitate yet further illegal and dangerous activities.”

Also yesterday, Google/Youtube shut off Steve Bannon’s “War Room” podcast, the second most-listened-to podcast in the world.  They cut the podcast while five-hundred-thousand people were tuned in and listening live.

These same companies showed absolutely no concern when Black Lives Matter and ATIFA domestic terrorists were plotting their next attacks on their platforms, often with the endorsement of Democrat politicians.

By 7 p.m. EST, it was reported that President Trump had officially joined Parler. It is currently unclear if big tech pulled the trigger early, if the site crashed from the rush of new users hoping to hear from the president, or if it was something more sinister.

By 7:46, Parler was banned from the Google Play store.

You will still be able to access Parler from your computer or browser.

Buckle up. They want you silenced.

It’s time to dish-out to Big tech, the exact same tyranny they have been dishing out for years.  Protests the same size as the one at the US Capitol Wednesday, should be organized at the corporate headquarters of Twitter, Facebook, Google/Youtube/Alphabet, Apple and other tech giants.

Let them experience first-hand, what it’s like to be on the wrong end of a force THEY cannot control; the same way THEY have been an uncontrollable force while striking down countless thousands of users from their services.

Let them find out up-close-and-personal, what it’s like to be confronted by a force so powerful, so unstoppable, their entire operations come to a halt – regardless of the financial impact; just like they have done to countless others.

Let them come to understand what it’s like to have people THEY DONT KNOW, AND WHO REMAIN UN-NAMED AND INACCESSIBLE, shutting off their entire livelihood, and them be helpless to stop it.

After all, this is what Big tech has been doing to users.   They should get back what they’ve been dishing out.

It is long overdue that Big Tech be confronted in a Big way.

This will shut off ad revenue to the Big Tech companies the same way the radical left has been demonetizing right wing sites.

The left has TAUGHT US how to do this because they’ve been doing it to us for years.  It is time to employ THEIR OWN TACTICS against them.