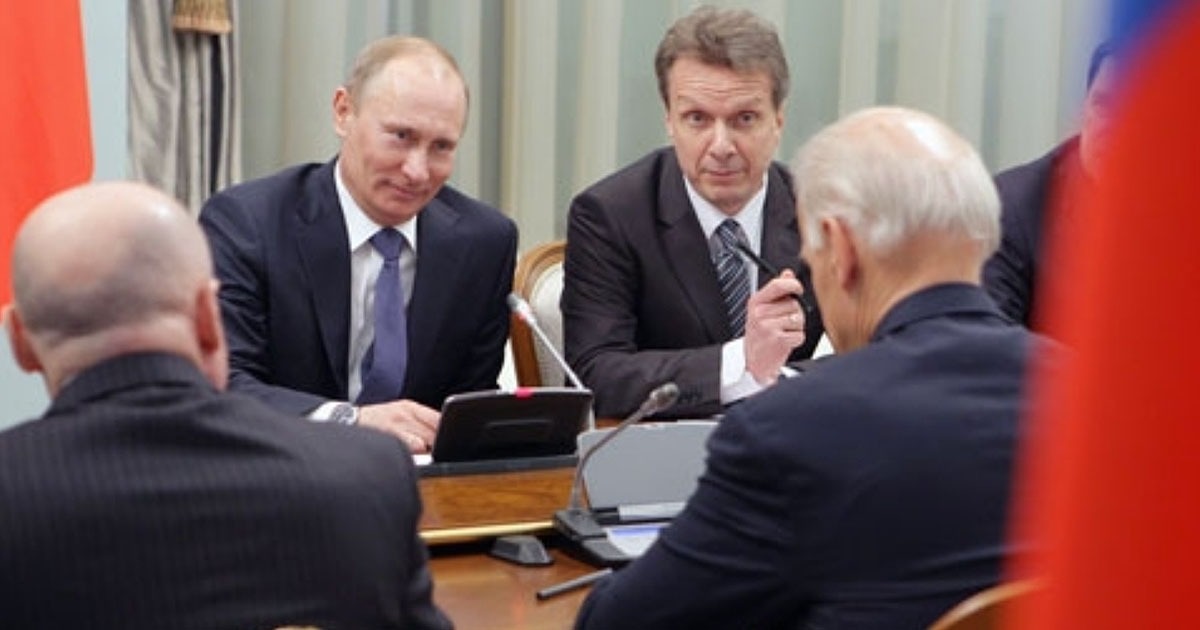 The Russian government announced Friday that it would be expelling ten U.S. diplomats and banning multiple U.S. officials from the country after the Biden regime imposed crippling sanctions and expelled some Russian diplomats on Thursday.

“The entrance is closed for John Bolton, the former Assistant to the President of the United States for National Security and Permanent Representative to the UN, and Robert Woolsey, the former Director of the CIA,” Russian officials noted Friday.

Spreading alarm about Russia has been a key focal point of the Biden regime. A conspiracy theory that was heavily touted by Joe Biden, Liz Cheney, and the corporate media which claimed Russian soldiers were putting ‘bounties’ on U.S. soldiers in Afghanistan was debunked earlier this week.

Biden backed down from deploying troops to Russia on Thursday after Putin warned him to stop for America’s “own good.”

Earlier this week, it was reported that Joe Biden sent two U.S. Navy warships to the Black Sea as Russia builds up troops in Eastern Ukraine. Yesterday, Russian President Vladimir Putin warned the United States and Biden to stay away from the region for the country’s “own good”. Today it was confirmed that Biden ordered the troops to stand down and stop heading for Black Sea.

Biden recently threatened “consequences” for Russia as they prepared a large military buildup in Eastern Ukraine.“As we speak right now, I tell you I have real concerns about Russia’s actions on the borders of Ukraine… President Biden’s been very clear about this. If Russia acts recklessly, or aggressively, there will be costs, there will be consequences,” said Secretary of State Antony Blinken.

The next day, Putin offered a veiled threat to the Biden regime, warning them to stay away from the region for the United States’ “own good.” Russian Deputy Foreign Ministry Sergei Ryabkov was reported as saying, “We warn the United States that it will be better for them to stay far away from Crimea and our Black Sea coast.” He continued, “It will be for their own good.”