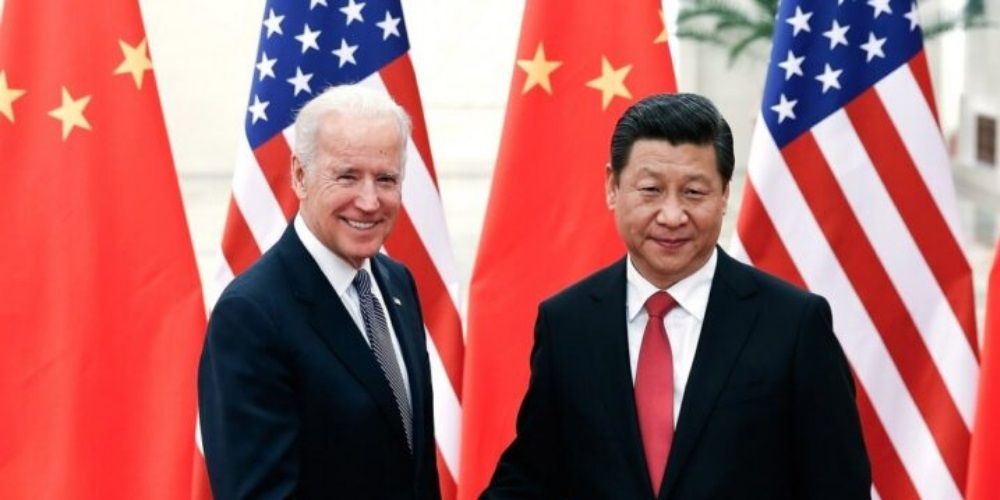 “The United States does not have the qualification to say that it wants to speak to China from a ‘position of strength.'”

A Chinese delegation arrived in Anchorage, Alaska on Thursday for the first official diplomatic talks between the two countries since the beginning of the Biden administration. An opportunity for the United States to bring up critical issues with the Chinese such as human rights, trade, and international relations, the meeting ultimately turned into a humiliation ritual, with Chinese diplomats openly insulting the United States.

Hopes were generally low on the American side, with American officials describing the meeting as a “one-off” after which they expected no follow-ups. The Chinese intended to convince the Americans to lift diplomatic sanctions on China which were imposed by the Trump administration.

The meeting appears to have been completely unproductive for both sides, however, aside from the Chinese scoring a symbolic victory by humiliating the Americans on their own soil.

The meeting was kicked off by US Secretary of State Anthony Blinken, who warned that China’s actions in East Turkestan, which he referred to by its official Chinese name of Xinjiang, Hong Kong, Taiwan, and in international affairs threatened the “rules-based order” of international relations.

“The alternative… is ‘might makes right,’ and ‘winners take all,’ and that would be a more violent and unstable world for all of us,” Blinken said.

Chinese diplomats did not respond kindly to the statement, with diplomats immediately criticizing American officials by saying that they are not following “necessary diplomatic protocols.”

“The United States does not have the qualification to say that it wants to speak to China from a ‘position of strength.'”

They also mocked the very idea of a “rules-based international order,” suggesting that the rules are nothing more than rules invented by the United States.

The Chinese diplomats specifically mentioned the Black Lives Matter movement as an example.

Biden’s team is learning a hard lesson here: when you spend years talking about how awful America is, how we suffer from “systemic racism,” blah blah, it undermines our standing on the world stage. Moral self-confidence is a strategic asset. https://t.co/Vu9R1hmROR via @YouTube

Ignoring the opportunity to compare the relatively positive American human rights record to that of China’s, which is currently involved in a genocidal campaign against its minority Uyghur population, Blinken responded by acknowledging that the United State is “not perfect” and is not attempting to hide its own human rights violations, a process which he admitted could be “painful” and “ugly” but is necessary to “form a more perfect union.”

Given the harsh tone which set off the talks, much of the meeting devolved into diplomatic bickering.

He further accused the US of “invading” foreign nations, contrasting such a description to his country, which he described as “Chinese-style democracy” which promotes “peace and development of the world.”

The Chinese diplomats mocked American concerns over cyberattacks, describing the United States as “the champion in this regard.” The discussion of cyberattacks come less than a week after it was revealed that Chinese hackers, possibly backed by their government, hacked into thousands of email servers run by Microsoft.

National Security Advisor Jake Sullivan spoke at the meeting as well, telling the Chinese delegation that the United States “does not seek conflict.” He further described the administration admitting to America’s faults as a show of a “confident country” which “seeks to improve.”

While each side was initially supposed to have two minutes of opening statements before breaking off for further discussion away from the press, the Chinese delegates ultimately spoke for more than 15 minutes. Yang said that the Chinese felt obligated to speak for so long due to the “tone” that the United States offered the Chinese, describing it as condescending.

More meetings between American and Chinese diplomats are expected over the coming days until the Chinese delegation departs from Alaska.

The humiliating talks come shortly after a relations debacle between the United States and Russia. President Joe Biden recently described Russian President Vladimir Putin as a “killer,” a remark which caused the Russians to recall their ambassador to the United States. Putin later challenged Biden to a live debate.

Both incidents come as an early blow to the Biden administration’s international relations efforts with the United States’ foremost geopolitical rivals.