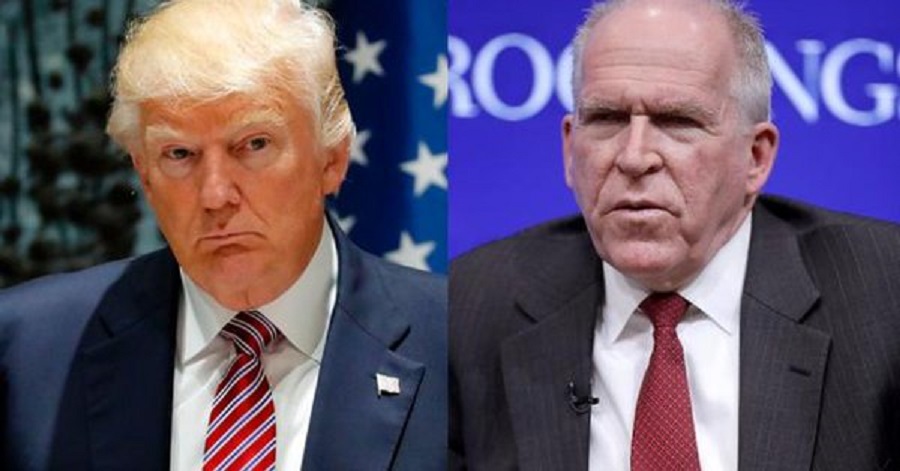 Days ago amid the Trump administration’s election challenge turmoil which has resulted in over a dozen lawsuits filed in several battleground states, Donald Trump Jr. urged the president to unleash the nuclear option: “DECLASSIFY EVERYTHING!!!” he wrote in all caps on Twitter. “We can’t let the bad actors get away with it.”

Others also picked up on the idea: “Here’s something constructive Trump could do before leaving office at noon on January 20: he could order — demand, insist — that all classified intel and other documents related to the origin of the Russia/election investigation be declassified and released to the public forthwith — unredacted,” columnist Sheldon Richman wrote.

It didn’t take long for this distinct possibility to attract the attention of both the mainstream media and the intelligence establishment which has so long been at odds (or even at ‘war’) with the president. Reacting specifically to the ouster of Defense Secretary Mark Esper on Monday, ex-CIA spy chief under the Obama administration John Brennan essentially urged a palace coup against Trump prior to January 20th to ensure he doesn’t declassify anything sensitive or too revealing:

Pres. Trump is “like a cornered cat…he’s going to lash out and the fact…that he has the powers of the presidency in his hands is quite worrisome.”

Former CIA dir. John Brennan calls on VP Pence and the cabinet to invoke the 25th Amendment and strip Pres. Trump of his powers. pic.twitter.com/CyqFoSIoux

He asserted that despite Biden preparing to transition into the White House on inauguration day, still two months away, at this point Trump is a threat to national security:

“I’m very concerned what he might do in his remaining 70 days in office,” said Brennan on Monday’s edition of Cuomo Prime Time. “Is he going to take some type of military action? Is he going to release some type of information that could, in fact, threaten our national security interests?”

Brennan took things even further and added specifics in terms of what the former longtime spy chief wants to see happen: “If Vice President Pence and the cabinet had an ounce of fortitude and spine and patriotism, I think they would seriously consider invoking the 25th Amendment and pushing Donald Trump out because he is just very unpredictable now,” he added.

And referencing what appears to be a post-election purge and exodus following multiple federal agency top officials either being pushed out or resigning since last Thursday even as votes were being tallied, Brennan suggested this is part of a Trump conspiracy to compromise national security.

“If Mark Esper has been pushed aside because he is not listening to Donald Trump, carrying out these orders, who knows what his successor, this acting secretary Chris Miller’s going to do if Donald Trump does give some type of order that really is counter to what I think our national security interests need to be,” Brennan said.

But thankfully few actually in power are likely to listen to John Brennan, given his sour grapes and anger at Trump has clearly long been personal.

After all, who can forget this episode?

John O. Brennan, the C.I.A. director under President Barack Obama, struck back at President Trump on Thursday for revoking his security clearance, calling the president’s claims of “no collusion” with Russia to influence the 2016 election “hogwash” and arguing that the commander in chief was trying to silence anyone who would dare challenge him.

So given Brennan is now openly and literally calling for an illegal overthrow of the sitting president of the United States, Trump now appears fully vindicated in having revoked his security clearance in the first place.