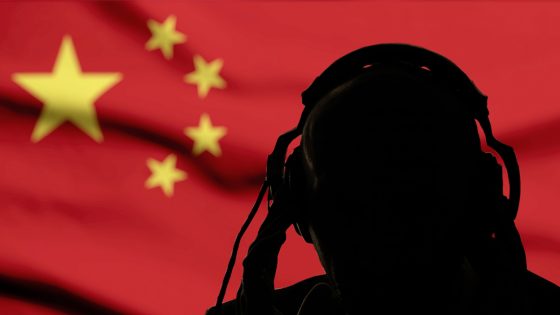 A former spy for the German secret service has been arrested on suspicion of conducting “intelligence agent activities” on behalf of the Chinese Communist Party.

The federal prosecutor issued a press release about the man, called Klaus L., who “allegedly supplied the Chinese secret service with information for almost a decade, starting in 2010. At the same time, however, he was an informant for the German Federal Intelligence Service (BND). German public broadcaster ARD reported that the man, now 75, provided the BND with information for 50 years, leading a ‘double life.’”

The man worked for the Hanns Seidel Foundation as a political scientist from the 1980s through his retirement. The Hanns Seidel Foundation is a political research foundation which has a close association with the the Christian Social Union (CSU). The CSU is the Bavarian “sister party” of the conservatives of Angela Merkel. Since 2001, Klaus L. had also been running a think tank.

Charges were filed in May and Klaus L. was arrested on Monday. The suspect had gone on frequent travels outside Germany including “the former Soviet Union and later Russia, the Balkans, South Africa and South Asia.” Some of these travels were for guest lectures. The “BND would be involved in meetings his think tank held with foreign guests.” The Hanns Seidel Foundation has said that is was not aware of any of the suspect’s activities with BND.

The suspect’s home was searched in November of 2019 and he said that he had initially informed BND of his Chinese contacts, but did not deny he had been spying for China. According to Politico:

“In 2010, according to the prosecutor’s office, he traveled to Shanghai for a lecture and was approached ‘by members of a Chinese intelligence service in order to win him over for cooperation.’

‘Subsequently, until November 2019, the defendant regularly provided information to the Chinese intelligence service in the run-up to or after state visits or multinational conferences, as well as on current affairs,’ the prosecutor’s office’s statement continued.”