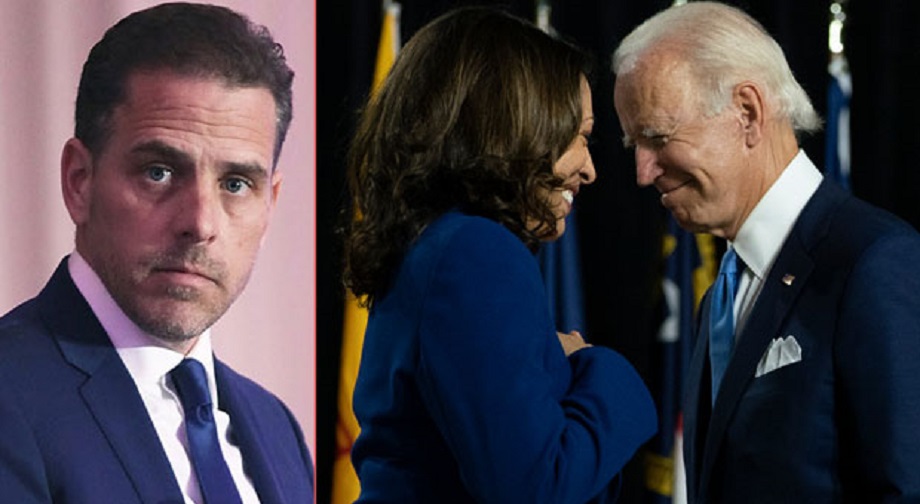 Democrat vice-presidential nominee Kamala Harris is named as a key contact in Hunter Biden’s emails during a discussion about a shady foreign business deal with a Chinese Communist Party-linked energy company.

The email is from a laptop belonging to former Vice President Joe Biden’s son, Hunter, that was leaked before the election.

The leak was first reported in a series of explosive articles from The New York Post which were subsequently shut down by the establishment media, Facebook, and Twitter as part of a collaborative cover-up operation in the run-up to the election.

However, the allegations were confirmed as legitimate this week after it emerged that Hunter Biden is the “target” of a federal criminal investigation over his shady Chinese business dealings, according to several reports.

On Wednesday night, former Vice President Biden officially acknowledged the scandal and responded to the news federal prosecutors have publicly launched a probe into Hunter’s taxes, insisting he is “proud” of his son.

Federal authorities were forced to pause their investigation in the run-up to the election to avoid affecting the outcome, which would be a breach of the Justice Department guidelines.

Now Election Day has passed, prosecutors in Delaware, the IRS Criminal Investigation agency, and the FBI, have stepped up their probe by issuing subpoenas and seeking interviews.

Reacting to the news, the “Biden-Harris transition team” released a cold and impersonal statement saying the ex-VP was “deeply proud of his son.”

Joe Biden has yet to make a personal public statement on the matter, however, yet the official acknowledgment of a federal investigation has highlighted the cover-up by Big Tech and the media.

Facebook and Twitter have remained silent about their role in the scandal since it was confirmed this week.

Reports have revealed that Hunter is under federal investigation for possible tax fraud, with a report saying the Justice Department is examining his overseas business dealings.

The probe also reportedly involves a laptop that belonged to Hunter Biden, the existence of which was first reported by The New York Post.

The computer’s leaked hard drive contains communications and documents detailing some of the Biden family’s business dealings in China and Ukraine.

The emails from the laptop have been verified by one of the recipients – Tony Bobulinski, a former business partner of Hunter Biden.

An email exclusively obtained by Fox News, with the subject line “Phase one domestic contacts/ projects” and dated May 15, 2017, Biden’s brother, Jim Biden, shared a list of “key domestic contacts for phase one target projects.”

The email is unrelated to the laptop or hard drive purportedly belonging to Hunter Biden, the former vice president’s son.

Here is the actual email.

Mr. Bobulinski is one of the cc’d recipients, along with Hunter Biden and two others.

Sen. Harris is specifically named in the email, along with several other high-profile Democrats and one Republican.

Was Harris ever contacted about this, and if so, by whom?

And what role did she play in cutting a lucrative deal for the Bidens in China?

Bobulinski has confirmed both the authenticity of the laptop email related to him and claims that the cryptic reference to “the Big Guy,” who would supposedly rake in $10 million from the deal with a Chinese energy company.

“The Big Guy” is in fact a Biden family nickname for Joe Biden, according to Bobulinksi.

Bobulinski was referring to an email, Fox News obtained last week, dated May 13, 2017, which included a discussion of “remuneration packages” for six people in a business deal with a Chinese energy firm.

The email appeared to identify Biden as “Chair / Vice Chair depending on agreement with CEFC,” in an apparent reference to now-bankrupt CEFC China Energy Co.

During a discussion about an equity split for the deal, “20” for “H” and “10 held by H for the big guy?” is proposed with no further details.

Mr. Bobulinski confirmed that “10 held by H for the big guy” meant Hunter was taking a 20 percent share for himself plus a 10% cut to funnel his father, Joe Biden.

CEFC is close with the ruling Chinese Communist Party, as are all successful mainland China companies.

The company has also been involved in Beijing’s “Belt and Road” initiative by which China has sought to use its economic and manufacturing power to displace U.S. influence around the world.