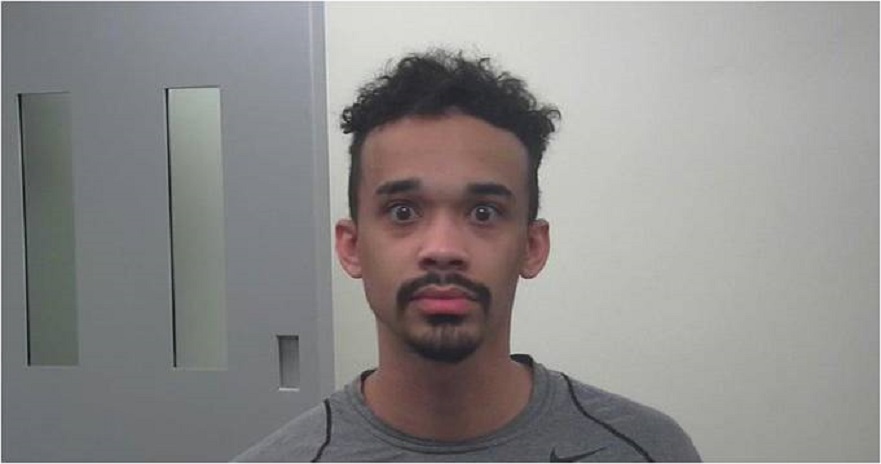 When the Capitol riots happened on Jan. 6, the blame of President Trump was all over.

Supposedly, he was the instigator.  Supposedly, he’d egged the rioters on.  The tape of his urging his supporters to stay strong and fight was Exhibit A in the press, and with no skepticism whatsoever, House speaker Nancy Pelosi declared Trump guilty and rushed a crazily hasty second impeachment just days before Trump’s exit.  She declared that it was all about holding Trump “accountable,” and she added that her explicit aim at the uselessly late date was to prevent him from ever running from public office again.

Never mind what the voters might want.  In more ways than one, in Pelosi’s addled mind, their votes don’t count.

The press also rushed to judgment — even the Wall Street Journal’s editorial writers, claiming that Trump’s political capital and credibility was now gone and he’d never run for president again.

But as news of the arrests comes out, showing who these branded Trump so-called supporters are, the conventional argument is starting to splinter apart.

The arrests made in the riots case are starting to show the kind of people who like to riot, which is to say extreme leftists.

Start with this freak, as reported by Fox News:

A left-wing activist who told Fox News last week that he’d followed a pro-Trump mob into the Capitol in order to “document” the siege is now the subject of a criminal complaint in connection with his alleged participation, according to the U.S. Justice Department.

John Sullivan can allegedly be heard egging on protesters in video he provided to the FBI, according to a federal criminal complaint. He has also shared the video to his YouTube and Twitter accounts under the pseudonym Jayden X.

He was charged Thursday in federal court in Washington after being arrested by the FBI. He remains in custody in Toeele County, in his home state of Utah, on a U.S. Marshals Service hold request.

The Epoch Times reports that he was a Black Lives Matter activist.  Andy Ngo notes that he’s been busted for BLM riot activity, too.  GatewayPundit reported that he was caught on video bragging about posing as a Trump-supporter.

He had a pal, too, from CNN.  According to this report from TrendingPolitics:

On Thursday night, damning new footage showed CNN’s Jade Sacker inside of the Capitol with John Sullivan, the BLM member who was charged by federal prosecutors for inciting chaos on January 6th.

Sacker co-conspired with the liberal activist in order to cause chaos and make Trump supporters look bad.

The shocking video shows her and Sullivan celebrating and shouting “We did it!” when they got the footage they were looking for. When she asked Sullivan if he was filming, he said was going to delete it. He never did.

Trending Politics ran a tweet of the actual video, and described this:

As you can see, Sacker and Sullivan are overjoyed with the fact that they got footage of Trump supporters “rioting”.

“Is this not gonna be the best film you’ve ever made in your life?!” Sullivan asks her.

Verified twitter user Amuse breaks everything down in further detail in a series of tweets.

“To make this clear. CNN was embedded with BLM/Antifa pretending to be Trump supporters taping them incite a riot. This is freaking huge. If CNN is allowed to maintain its press access anywhere in DC there needs to be a serious overhaul of our entire system,” he tweeted.

Here’s another one, who showed up with furs, and also got himself arrested.  According to the New York Post:

Aaron Mostofsky was busted Tuesday at his brother’s house in Brooklyn by federal agents on multiple charges, including theft of government property for allegedly stealing a police riot shield and bulletproof vest, the source said.

Mostofsky, who is the son of Shlomo Mostofsky, a Supreme Court judge and a prominent figure in the Orthodox Jewish community, was photographed with both items.

Video circulating on Twitter following Mostofsky’s arrest shows FBI agents swarming the home and carting out what appeared to be the fur pelts and walking stick he had on him during the insurrection.

His politics?  According to this report, registered Democrat.

Even the press is starting to notice that the pieces aren’t fitting together.  Rather than a picture of all wicked and crazed Trump-supporters, charging the Capitol, leftist news outfit Bloomberg reported that its survey of various parties involved, including those who died or were arrested, didn’t paint the desired picture.  Conclusion?

Many of those shown in news footage had no party affiliation and voted sporadically, if at all.

Bloomberg’s survey of the players showed that only the people who died of medical emergencies seemed to be fully normal Republican voters — the rest didn’t vote at all, voted sporadically, voted Libertarian, independent, or Democrat, and in general were fringe players.  Bloomberg, missing that obvious conclusion, seemed to consider these mostly arrested characters “Trump’s people” and Trump’s “base,” in a bid to still pin the riots on Trump.  But how anyone who votes Democrat or doesn’t vote at all could be a part of Trump’s rise and the huge crowds he draws was never actually explained.  Trump-supporters…vote for Trump.  This isn’t rocket science.

More and more, it looks as though Trump was framed.  This, in addition to transcripts not bearing out the claims that Trump called for an attack on the Capitol, as well as the inconvenient timeline — the FBI put out warnings of plans for disturbances days earlier, and the attack on the Capitol began before President Trump finished speaking and probably uttered the words the Democrats literally impeached him on.

It was a rush to judgment, a failure to look at facts.  It happened in the aftermath of the event, and it turns out that Trump had little or nothing to do with it.  Even House Republican leader Kevin McCarthy blamed Trump for the riots.  But he, too, disgracefully rushed to judgment, so we await his apology, please.

The rush to judgment, incidentally, didn’t affect just President Trump, who got a second impeachment from it.  There were many rushes to judgment in this leftist hysteria.

Here’s a blameless man named David Quintavalle, a retired Chicago firefighter, who was falsely accused of being the person who hurled the fire extinguisher that killed police officer Brian Sicknick, who, by the way, really was a Trump-supporter.

According to The Patch of Chicago:

The retired Chicago firefighter from Mount Greenwood — whom social media trolls called a “terrorist” and accused of fatally wielding a fire extinguisher that killed a cop as a mob of Trump-supporting insurrectionists stormed the U.S. Capitol on Jan. 6 — was grocery shopping and celebrating his wife’s birthday in Chicago, Patch has learned.

Twitter exploded with unsubstantiated claims Tuesday that Quintavalle — who retired from the fire department in 2016 after 32 years — was the bearded “#extinguisherman” in a surveillance video wearing a “CFD” stocking cap wanted for questioning and “soon to be arrested” by the FBI regarding the fatal beating of U.S. Capitol Police officer Brian Sicknick.

Quintavalle had all his receipts and proofs.  But this is how the left’s rush to judgment went for him:

By Tuesday night, Quintavalle began getting angry calls from people saying he’s a “f—— murderer” who belongs in jail. TV news reporters had staked out his house. Chicago police dispatched a patrol car to keep watch overnight, as well, his lawyer said.

Some folks got ridiculed for tweeting that Quintavalle wasn’t “the guy” and his facial features don’t match those of the man wanted for questioning by the FBI. One post claimed that tweets disputing Quintavalle’s involvement in the U.S. Capitol insurrection were pushed by trolling Twitter “bots with practically no followers coming out of the woodwork.”

This is a hell of a sorry picture.

The facts will continue to roll out, and the picture that emerges will likely start to show that these rioters were hardly “Trump’s people” as a rule, or people who were egged on by Trump.  They were, in general, leftists, political fringers, and people who like to go to riots.  There remains to be news of whether and how this fiasco was plotted out but expect news of that to roll out.

That leaves Congress and all the jerks who voted for impeachment of President Trump looking like boobs and losers.  They’ve hitched their star to this leftist impeachment obsession, and now have seen it falling flat.  Now they are about to sully and overshadow Joe Biden’s first days in office with increasingly discredited charges against President Trump, and rest assured: the voters will notice just how bad it is.  This rush to judgment will trash their own legacies for history.