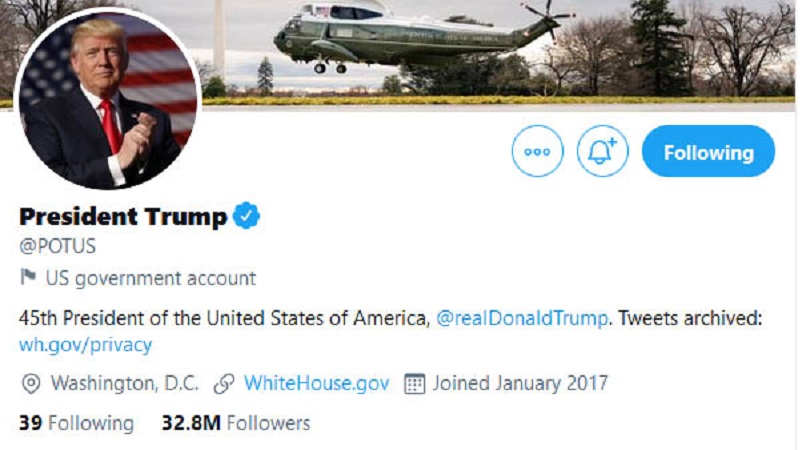 Joe Biden’s team have clashed with Twitter over a feature of the president-elect’s new account, accusing the platform of “advantaging” Trump.

With less than a week to go now until his inauguration, Joe Biden’s transition team has flipped the switch on a new Twitter account for the president-elect, soon to be POTUS.

But the move wasn’t all good news – the Biden team have clashed with Twitter itself, all because of a change in practice the platform made in 2017.

While outgoing President Donald Trump inherited 12 million followers on the @POTUS account from his predecessor Barack Obama, Twitter intends to reset both the @POTUS and @WhiteHouse official accounts to zero followers when Mr Biden is sworn in.

“They are advantaging President Trump’s first days of the administration over ours,” Rob Flaherty, who will be director of digital strategy in the Biden White House, said.

“If we don’t end the day with the 12 million followers that Donald Trump inherited from Barack Obama, then they have given us less than they gave Donald Trump, and that is a failure.”

Twitter views the new @PresElectBiden – which Mr Biden announced today – as an accommodation for the incoming president that helps resolve the dispute over the official accounts.

Followers of the temporary handle will be transferred to @POTUS on Inauguration Day.

Meanwhile, Donald Trump has made it clear that he wants nothing to do with Mr Biden’s inauguration, and is instead understood to be flying to his Mar-a-Lago resort in Florida in the coming days.

Bloomberg spoke to a source close to the president who said several current White House staff will work for him or his son-in-law Jared Kushner after his presidency.