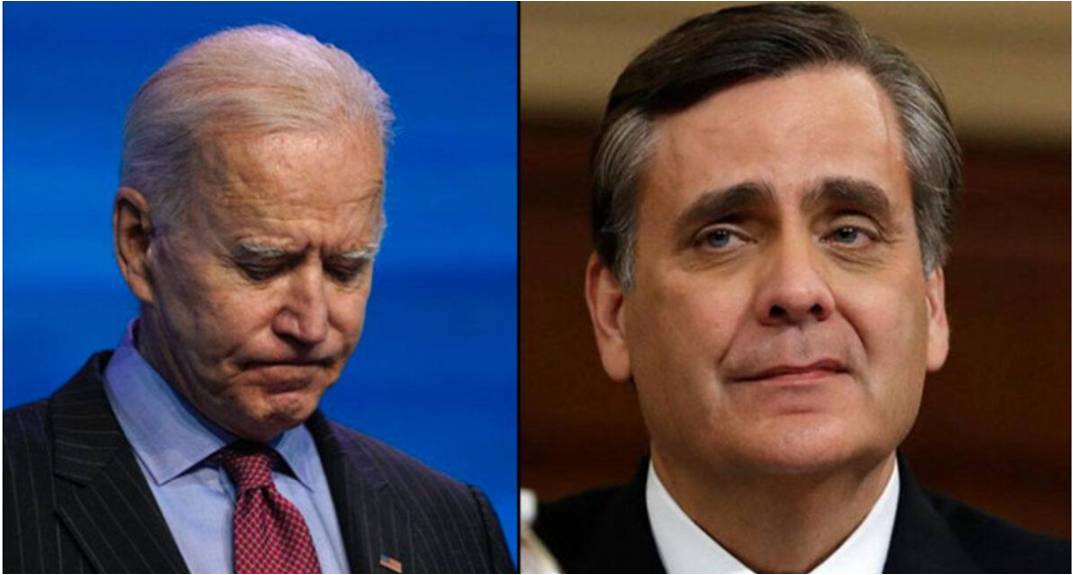 There is just too much irony here…

Did he pick up some lessons from President Trump?

In all seriousness, the irony and hypocrisy surrounding Boden’s recent gun-grab and his own derelict son who purchased an “illegal weapon” is just too much for most people to pass up, so we can’t blame Jonathan.

Biden is currently being lambasted by both the right for his recent speech, where he made some very false claims about firearms.

But regardless of all the lies, Joe is pushing through and will be using his “pen and phone” to rip our Second Amendment rights away.

And when he does that, Professor Turley has come up with the perfect name for his little gun-grab: The Hunter Biden Act.

Turley said one of the provisions included in Biden’s announcement, ref flag laws, could be named after the president’s son, Hunter Biden. He pointed to a 2018 incident when the younger Biden’s gun was thrown out by the widow of his deceased brother because she was concerned about his mental stability.

“It was striking that the red flag provision could very well be called the Hunter Biden Act,” Turley asserted. “I mean, this was a provision written for precisely what seems to have occurred in 2018. At that time, Hunter Biden was involved in an intimate relationship with the widow of his late brother, Beau, and she apparently was so concerned about his stability that she attempted to throw out his gun into a bin that was not far from a schoolyard. That led to an effort to reclaim or find the gun and the intervention of local law enforcement.”

He continued, “There is also an allegation that the Secret Service intervened to try to essentially remove his permitting information from a gun store. Most of that has not been pursued by the media, which has shown a remarkable lack of interest, even though this new push by his father addresses specifically the controversy, or the type of controversy, involved with his son.”

What a great troll from Professor Turley…and he’s right.